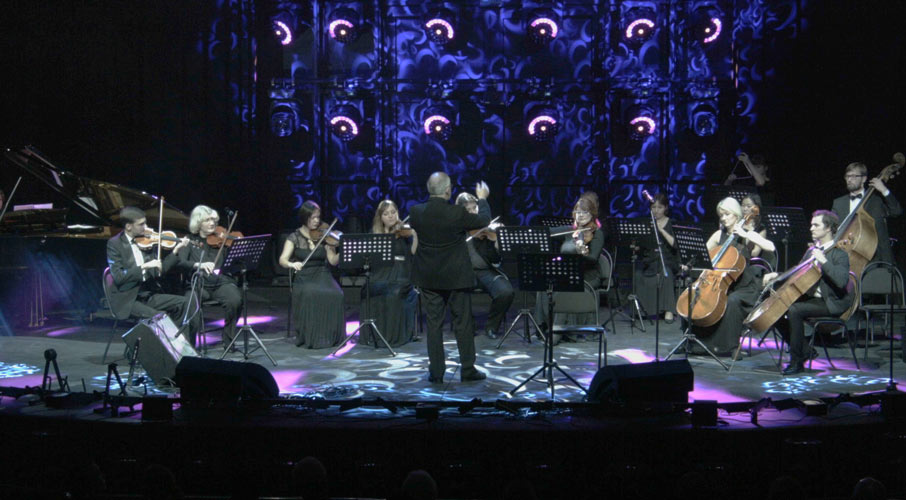 In 2016, pianist, composer and arranger Alexander Rosenblat wrote and orchestrated two “Musical Fantasies” on the themes of Andrey Knyshev’s melodies “Romance” and “Contemplation”.
They became a kind of continuation of a whole series of fantasies and interpretations by A. Rosenblat on the themes of Bizet, Tchaikovsky, Chopin, Wagner, Rimsky-Korsakov, and being in the same list with the classic composers, A. Knyshev treated this with his characteristic humor: “In art, I follow in the footsteps of the great. That’s why I don’t leave any traces.”
At the anniversary party of A. Knyshev in the musical theatre “Gradsky Hall” in November 2016, both of these works were performed by the orchestra, conducted by A. Rosenblat himself, in the presence of the co-author, hero of the day.

During a rehearsal at Mosfilm studios, 2016.

Musical fantasies “Romance” and “Reflection” of an unusual creative Duo of composers Rosenblat-Knyshev were also recorded in the famous Mosfilm Studio. It has been used for decades to record music played in films that have been known and loved in Russia for several generations.