Participation in the American-French project «WALTZ FOR PAUL MAURIAT» 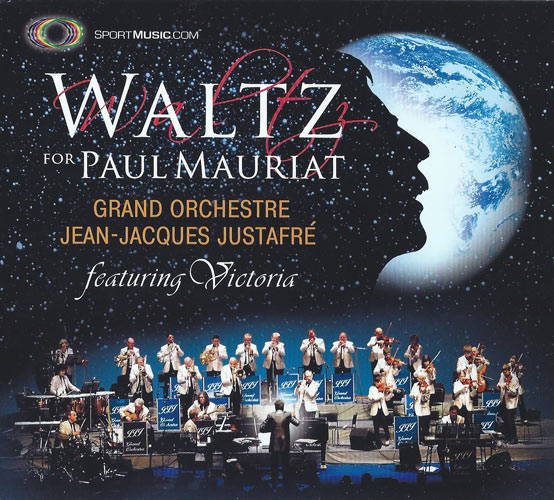 In 2015, Andrey recorded his long-standing tune “Journey On A Train” for his first Russian CD “Nenaigrannoe. Sincerely Mine” , and he wanted to hear its development in a broader and expanded orchestral sound. Already, in the originally arranged version, the French mood is heard with accordion and the sound of train wheels. Yet the composer wanted still more French flair and musical volume.

Coincidentally, the producers of the French-American project — a tribute to the memory of the famous composer and conductor Paul Mauriat were selecting new musical material for the CD, suitable in spirit and mood to the style of the great French Maestro. At the same time, Andrey was looking for opportunities to collaborate with orchestras playing in the style of the legendary Orchestra of Paul Mauriat, so beloved since Andrey’s childhood. Mysteriously, their paths crossed, they liked Andrey’s melody, which fit into the concept of the album. And the orchestra that recorded this tribute album was the Grand Orchestra of Jean-Jacques Justafré, who was a student, colleague and follower of the wonderful traditions of Paul Mauriat. A fine French horn player, composer and arranger, Jean-Jacques Justafré, like some of the musicians of his orchestra, once played under Paul Mauriat, participated in the creation of his arrangements, and sometimes even replaced the great conductor on tour.

Andrey’s melody was arranged by Gilles Arcens for this project and recorded by the Justafré orchestra in Paris in the legendary Studio Grande Armée on the Champs Elysees. By a mystical coincidence, the recording took place on the day of the composer’s birtday, and this, as he admits, was an amazing gift of fate for him.

Thus, the “WALTZ for PAUL MAURIAT” CD, released in May 2017, featured the melody by Andrey Knyshev. On this disc you can also hear the beautifully orchestrated melodies by G.Garvarentz and Charles Aznavour (“A Life Of Love”), “Queen” (“Show Must Go On”), composer and producer A. Goldstein, classics — Brahms, Gluck, Saint-Saens, with vocalization of the singer Victoria, and the composition by Andrey Knyshev “TRAIN TO PARIS”, filled with a truly “French” air and aroma, which is reminiscent of  the famous melodies of composers of the French school — Michel Legrand, Francis Lai, Frank Purcel, Raymond Lefevre, Claude Caravelli and, of course, Paul Mauriat.

“I listen, I’m surprised and I can’t get used to it — do I have anything to do with it?” Andrey admits. “Dreams come true if you can make them come true,” says the composer, who never ceases to be a satirist.