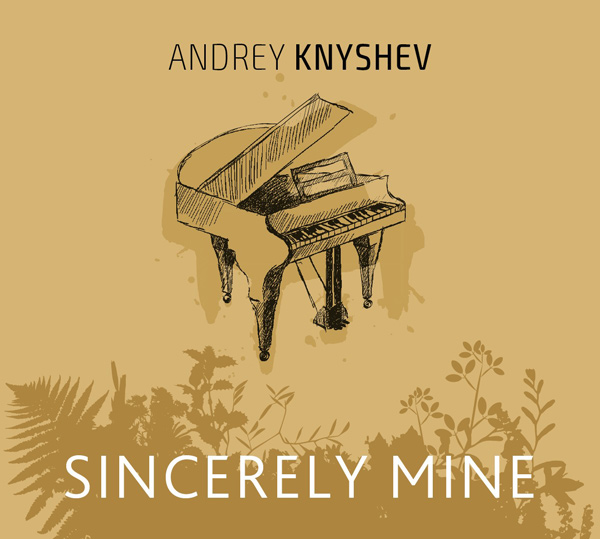 for the album “SINCERELY MINE»

(in the Russian version of the original CD “Nenaigrannoe. Piano moods»)

Once, long ago, back in the early 90s, I was on a flight operated by a foreign airline company. When a stewardess brought lunch for the passengers, I discovered a small card – right between a glass of juice and some cookies. There was a beautiful foggy landscape on it accompanied by a piece of text: “I will praise God’s name in song and glorify Him with thanksgiving.” (Psalm 69:30).

Such pieces of paper were placed on food trays of other passengers as well, but each of them had a different text written on a card. “Interesting,” I thought; this could be some sort of a  wish or a prediction. And I kept the card – just in case. I was writing some music, was playing the piano – for myself rather than for big crowds – but I definitely did not write any songs and was not going to sing at all. And I was then just beginning to walk the path of spiritual search with a bundle on my shoulders.

Time passed by. The card would get lost at times and then suddenly appear in front of my eyes again.

And all through the years when I saw the card I would think to myself absent-mindedly: when and how would I suddenly come up with a song, in which I would praise God’s name? To be frank, I put the piece of paper under the glass on my table and forgot that it exists. And then, with a wave of a magic wand and all of a sudden, this CD happened. With no connection to that card. But today I prefer to think this is that very song. Not the only one, and not a perfect one, but definitely one of those. Of course, there are psalms and hymns that are sung in churches. But this is that very song of mine. This disc is the payment of dues and a sound letter to myself.

A letter with no words. And a return letter to the place where these sounds came from. As it was prescribed and predicted. I will be very happy if this letter reaches somebody else’s heart.

By the way, I’m wondering, where are those passengers now? And did anything accidental happen in their lives?